News Flash: The Death of Bin Laden. A Landmark Victory in the War on Terror

WHAT'S NEXT FOR THE WAR ON TERROR?

On May 1, 2011, U.S. president Barack Obama announced that Osama bin Laden, the leader of the international terrorist organization Al Qaeda, had been killed in Pakistan during a U.S. special forces operation. In his speech announcing the operation, Obama reiterated that the United States is at war with terrorism, not Islam; the Council on American-Islamic Relations (CAIR) responded to the announcement of bin Laden's death with support. But what's next for The Global War on Terror and for the U.S. military presence in the Middle East? Read on for more resources to help shed light on these important issues. 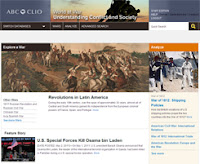 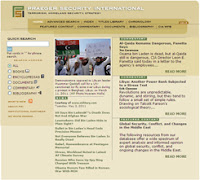 PRAEGER SECURITY INTERNATIONAL
A new commentary from American Forces Press Service on bin Laden's death has been added to this comprehensive database covering terrorism, homeland security, and strategy. If you are not a current subscriber, sign up here for your free 60-day trial.

THE TERRORIST LIST
Edward F. Mickolus and Susan L. Simmons
01/2011
This five-volume set provides an encyclopedic compilation of terrorist biographies that focus on specific criminal events and their outcomes, and includes detailed information regarding each individual's terrorist activities.

OSAMA BIN LADEN: A BIOGRAPHY
Thomas R. Mockaitis
01/2011
This concise biography of the world's most notorious terrorist tells the fascinating story of the evolution of a wealthy businessman's son to the 9/11 mastermind who declared war on America. 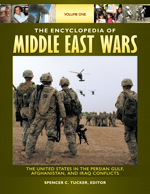 THE ENCYCLOPEDIA OF MIDDLE EAST WARS: THE UNITED STATES IN THE PERSIAN GULF, AFGHANISTAN, AND IRAQ CONFLICTS
Spencer C. Tucker, Editor
10/2010
This 5-volume study of U.S. involvement in the modern Middle East carefully weighs the interplay of cultural, religious, diplomatic, international, and military events in one of the world's most troubled regions. 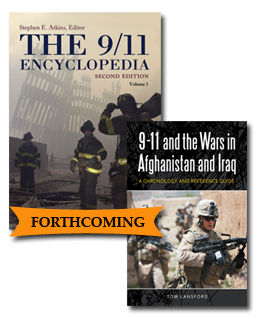 9-11 and the Wars in Afghanistan and Iraq: A Chronology and Reference Guide
ABC-CLIO, 2011
Tom Lansford