The crisis in Ukraine began with former President Yanukovych refusing to sign a trade agreement with the European Union (EU). This refusal was met with an outcry by the Ukrainian people. Signing this agreement would have helped progress Ukraine economically and politically, whereas refusing to sign it demonstrated Yanukovych’s alliance with Russia. More than 100,000 people poured into the streets of Kiev to protest Yanukovych. These protests were met with extreme violence leading in the deaths of more than 80 protestors over three months. In December, Russia and Ukraine reached a deal under Yanukovych in which Russia agreed to send $15 billion in aid to the country through significant discounts on oil that would help Ukraine with its debt crisis, saving it from defaulting. This only caused further unease with the Ukrainian people, who already view Russia as having too much influence over their country. On February 22, Yanukovych was voted out of his post as president of Ukraine and an interim government was put in place.


The divide between Russian-speaking eastern and Ukrainian-speaking western parts of Ukraine runs deep within the inhabitants of these regions who hold ties to different nations. As a former Soviet state, many ethnic Russians reside in Ukraine, specifically in the Crimea region whose population primarily consists of ethnic Russians.  Additionally, Russia’s largest naval base outside of its borders is located in Sevastopol, a port in Crimea. This past week Russia dispersed troops into Crimea, seizing control of the region in a move that Ukrainian nationalists and members of the international community are terming as an invasion of sovereign Ukrainian territory, and therefore a potential violation of international law. At present, the United States and the EU are urging Putin to withdraw his troops to their former posts within the territory, a move that Putin is refusing. The United States and members of the EU are threatening economic sanctions against Russia if it does not comply with this request.


The implications of this conflict reach far and wide. Where the United States and Russia certainly do not need more tension between one another, the United States is facing another struggle: its demonstration of power in the international community. There is a question regarding whether the United States flexing its muscles in the face of Russia is enough to cause Putin to back down. His moves currently suggest the United States does not have the necessary political leverage over Russia.


Continuing on the path that Putin has begun could create problems for Russia. In addition to the sanctions proposed by the United States and the EU, the stock market took a hard hit this week, dropping the value of Russian and Ukrainian currencies. Putin has stated that his primary emphasis is to keep ethnic Russians within Ukraine protected, but Ukrainians and others in the international community question this motive. While this might be his public reasoning for taking control of Crimea, many believe that his interests lie more in an attempt to make a power play over a former Soviet state.


Talks that have taken place this week in Paris regarding the crisis made it clear that Putin does not view the interim government as having legitimacy. In response to the pro-West groups that took over Kiev, Pro-Russian groups took power over the legislature of Crimea and have declared that there will be a vote on March 16 to decide whether Crimea will remain a part of Ukraine, or return to its pre-1954 status of Russian territory. The United States and the EU reacted negatively to this move, rejecting its legitimacy. If this moves forward there is a threat within Ukraine of civil war, pitting the EU and United States against Russia in a fundamental way. The EU and the United States have made clear their intentions of posing sanctions on Russia, but a full-fledged civil war within Ukraine could force the world’s superpowers to pick sides, ultimately placing the EU and the United States against Russia in a war that the world and its people cannot afford. 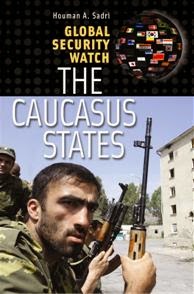 Houman A. Sadri, PhD, is associate professor of political science and coordinator of the UCF Model United Nations Program at the University of Central Florida in Orlando, FL. He is the author of Global SecurityWatch — The Caucasus States (Praeger/ABC-CLIO, 2010).


Leah Delaney is a graduate of Ohio State University's International Studies program and is currently pursuing Master's degrees from University of Central Florida in Political Science and Nova Southeastern University in Mental Health Counseling.
From ABC-CLIO at 3:02 PM