Q. David, what motivated you to write this book?
A. As someone who specializes in the treatment of patients who engage in repetitive self-destructive behavior but who are not really mentally ill, I became alarmed at the direction that my profession--psychiatry--was moving in. Many mental health professionals have been telling these patients that they have “bipolar II” or “adult ADHD” and need potentially toxic meds, when the real problem is often that their family life is a war zone.

How Dysfunctional Families Spur Mental Disorders is the first book by a psychiatric insider that explains exactly how and why relationship problems have been falsely turned into mental illnesses. Although medication can calm people down and help with depression, family dysfunction cannot be treated with pharmaceuticals. This book tells readers everything they need to know in order to step up and save their families by finding the right kind of help in repairing their important relationships: psychotherapy that addresses recurring problematic family interactions.

Q. What do you hope to get across and what issues do you wish to highlight?
A. The book is meant to make a case for restoring the rightful place of interpersonal and particularly family functioning in the treatment of certain psychiatric disorders, and helping patients to understand the difference between behavior problems and real mental illnesses according to our current level of knowledge.

In the past, real mental illnesses, like autism and schizophrenia, were unjustly blamed on family problems, but now the field has gone to the other extreme and every behavioral problem has been turned into a brain disease requiring medication. The book describes how family systems issues have been systematically denigrated in mental health by a combination of greedy pharmaceutical and managed care insurance companies, naïve and corrupt experts, twisted science, and guilty parents who would rather label their children as bipolar than to look at their family interactions.


Q. Who will benefit the most from reading this book?
A. I want to give people with difficult interpersonal issues hope that complex problematic or abusive family behavior can be changed, and to warn them about what sort of mental health treatments and “diagnoses” are not helpful. The book aims to decrease the guilt and self loathing that so often prevents people from seeking the right kind of treatment and to educate potential consumers of mental health services about what to look for. It lets them know in lay terms something about the science involved: what we know, what is conjecture, what we do not know, and what is completely bogus.

People within the mental health professions might also find the book of interest because I also go into detail about how pharmaceutical companies and others with an agenda have successfully hijacked medical education and misled clinicians, both at the trainee and active practitioner levels. As the director of a psychiatric training program myself for over 16 years, I had ample opportunity to watch this first hand.

Q. All families have their problems. So what makes a family "dysfunctional"?
A. I am not talking here about the relatively minor interpersonal difficulties that we all have. Although a general definition of significant family dysfunction is difficult to put in words, it is not subtle at all when you see it.  I think of such things as child abuse, child neglect, domestic violence, absent or totally inconsistent disciplining of children, extreme invalidation of family members’ feelings and opinions, frequent double message giving, substance abuse, and the like. Despite what you may read in some places, none of these problems is rare. 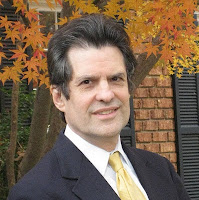 David M. Allen, M.D. is a professor of psychiatry and the former director of psychiatric residency training at the University of Tennessee Health Science Center in Memphis, a position he held for 16 years. Prior to that he was in the private practice in psychiatry in Southern California for 13 years during the advent of managed care health insurance. Additionally, he has done research into personality disorders and is the author of three books for psychotherapists. In his spare time he doubles as a singer and rhythm guitar player in an amateur rock and roll band and as a movie buff.  You can follow him on his blog: http://davidmallenmd.blogspot.com/ or stay in touch with him by joining his Facebook fan page at http://www.facebook.com/home.php?#!/pages/David-M-Allen-MD/80658565761?ref=ts