Hasan El-Banna, a schoolteacher and religious leader, established the Muslim Brothers in 1928. The organization initially sought to Islamize society in order to drive the British out, but King Farouk (reigned 1936–1952) and Gamal Abdel Nasser (president 1952–1970) severely suppressed it. Most of the Muslim Brothers leadership came to follow the ideas of Sayyid Qutb, who advocated the assassination of political leaders who did not adopt his interpretation of Islamic Sharia law, calling them “infidels.” Over the years, the organization won many supporters because of its grassroots religious leadership and extensive social welfare organizations. In the elections that followed the January 25 Revolution, the Muslim Brothers candidate, Mohammad Morsi, was elected to power with 52% of the vote. His opponent, the candidate of the old regime, went into exile.

Many people voted for Morsi because he had vowed to carry out the goals of the revolution. He, however, soon demonstrated that he would carry out the goals of the Muslim Brothers. He proved unwilling to work with other factions. He did not take steps to reform the brutal and corrupt state security sector. He did not reach out to the opposition. He did not include Coptic Christians and women in his government, despite his many campaign promises. In November, six months after being elected, he issued a decree that would shield him from judicial review. After intense opposition, he revoked the decree, but the damage was done. He then forced through a constitution that was narrow and exclusionary. Women feared they would lose their hard- and recently won rights. Copts and other minorities feared for their future in . The government did little to reassure them. Morsi and his appointees proceeded to go after the media, the NGOs, the judiciary, and the arts.

Before being elected he had announced a program to revive the economy, but it did not materialize. The economy continued to sink. A loan from the International Monetary Fund could not be obtained. Tourists did not return. He appointed a member of al-Gama’a al-Islamiyya—the organization allegedly responsible for the massacre of 62 people, mostly tourists, in in1997—to the post of mayor of .

He thought he had tamed the military when he dismissed Defense Minister Hussein Tantawi, who had been 's de facto ruler after the 2011 revolution, but Tantawi’s replacement, Abdul Fatah El-Sisi, proved to be the ultimate power broker.  When Morsi broke relations with and encouraged his followers to wage jihad against the Syrian regime, without first informing him, Sisi decided Morsi had to go.

On June 30, a year after Morsi came to power, at least two million people demonstrated against the government in response to the Tamarod (rebel) campaign that began with a petition calling for early elections. Egyptians claimed it was the largest demonstration in history. The Muslim Brothers bused members from outside to stage a rival demonstration, but the extent of public disaffection was clear.

On July 3, the army arrested Morsi. His supporters then confronted the military and dozens were killed. On July 8 the military opened fire on a demonstration in front of the Republican Guards headquarters, killing 59 and wounding over 300.

It was a military coup against an elected government, but one supported by a vast number of people who felt that the country could not survive such misrule much longer. The military hastily made Adly Mansour, head of the , interim president. Six judges and four lawyers were to revise the 2012 constitution. Noted economist Hazem el-Beblawi became prime minister, and opposition leader and Nobel Prize winner Mohamed ElBaradei vice-president. The rushed billions of dollars in aid to support the collapsing Egyptian economy. Nearly all the leaders of the Muslim Brothers were arrested and its television stations were closed.

The Muslim Brothers remain convinced that they were elected in free and fair elections and should have been allowed to complete their terms. is deeply polarized. The economy is weak, the security forces are unreformed, and the role of the military in future governments is unclear. Will the revolutionaries be able to realize their goals of “bread, freedom, and social justice?” The struggle has barely begun.

Nancy Gallagher teaches Middle East history at the American University in Cairo and is a research professor at the University of California at Santa Barbara (UCSB). She is a widely published expert on the Middle East and Arab North Africa.

For more on Egypt and its history, check out these resources: 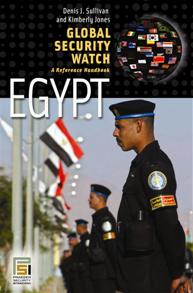 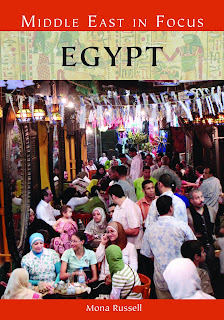