The following is a piece from Ronald A. Marks, author of Spying in America in the Post 9/11 World: Domestic Threat and the Need for Change:

Since 9/11, the has engaged in an unprecedented amount of spying within the American homeland. An enemy who recognizes no borders, recruits individuals and small groups, and is ruthless in its desire to kill civilians has prompted the effort. We have engaged our spy community, our military, and our law enforcement community to stop these attacks. The record is now up for review.

In the 12 years since the attack on the towers and the Pentagon, we have spent nearly half a trillion dollars on homeland security alone. The Federal government has established deep information and law enforcement relationships with the 17,600 state, local and tribal law authorities. It has reached out in unprecedented ways to the business and public for information. It has intruded into our personal lives every time we travel, every time we remove our shoes in an airport or get wanded entering a public building.

Authorities say some 50 terrorist plots have been stopped. But, the Boston Bombings this year made Americans uneasy over the effectiveness of what is being done to stop terrorism. The exposure of the super-secret, extensive, and legally approved effort by the National Security Agency (NSA) to take in and mine unprecedented volumes of information from innumerable private and public sources has stunned the country and forced the questions: are we doing too much and how much should we, the public, need to know about it?

Contained in the DNA of America’s citizens is their concern over big government. We neither like nor trust it. The U.S. Constitution, the very essence of our political identity, splits the power between three separate, co-equal branches of Federal government.  Additionally, it allows for state’s rights and specifically lays out individual freedom in the Bill of Rights.

So the time has come to debate our actions publicly– whither in its war on terror within .  The challenge the U.S. Government will have making its case lie in the secret methods it has used to build up our defenses. Government officials argue for not tipping our hand to the terrorists—the traditional argument of sources and methods. And, unlike other times in our history such as the anti-communist hunts of the 1950s and 1960s, our government has gone through extraordinary measures to make sure its actions were legal and reviewed.

In the past few weeks, prompted by an unlikely so-called whistleblower from NSA, the average American has been exposed to the issue of FISA courts, and the Patriot Act, and Presidential Executive Orders designed to check and double check surveillance programs.  The problem lies not in the court of law, but in the court of public opinion.

Americans are a tolerant people if things are explained to them; if they are vetted into the process and reasoning behind our Government protection. That public “light” has been not been shined.  The public “security” boards set up under law years ago to provide this insight and outside government protection are only now being filled and put into action.

It is up to the U.S. Government to make its case for spying in to its citizens. It is up to its citizens to determine how much they want or are willing to tolerate. That is what ’s Constitution calls for and what should be done. 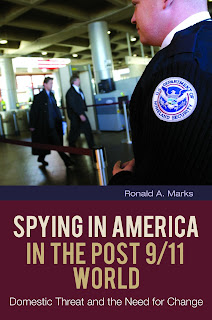