On April 5-7, 2013, 5,331 chess players in grades K-12 competed at the SuperNationals V chess tournament. It was the largest chess tournament ever held in the . When not competing at giant chess tournaments, those thousands of scholastic chess players play chess at their schools. Educators and librarians are often asked by chess-loving students to sponsor chess clubs. Sometimes parents or principals push for chess instruction in schools, having read that chess helps with problem solving and other academic skills.

Consequently, chess can be found during the school day or in the extracurricular hours (before school, during lunch, or after school) at many public and private schools. Public libraries also frequently host chess clubs.

The award-winning documentary provides a portrait of chess at one middle school in . I.S. 318 students take up to seven chess classes during the week. Many also participate in after-school chess club meetings and in Saturday tournaments.

The Web site for Brooklyn Castle describes the film as telling “the stories of five members of the chess team at a below-the-poverty-line inner city junior high school that has won more national championships than any other in the country. The film follows the challenges these kids face in their personal lives as well as on the chessboard, and is as much about the sting of their losses as it is about the anticipation of their victories. Ironically, the biggest obstacle thrust upon them arises not from other competitors but from recessionary budget cuts to all the extracurricular activities at their school.”

is rated PG. A full-length documentary (101 minutes), it holds the attention of children ages 8 and older. Its subject matter is of particular interest to middle and high school students, parents, and educators.

is available in DVD format and will be shown on television this fall. The film’s director Katie Dellamaggiore gave the following information:

-The film will air on PBS this fall, as part of the POV documentary series. No airdate yet,
but here’s the announcement:
http://www.pbs.org/pov/blog/povdocs/tag/brooklyn-castle/#.UXbjsCvrkdo

-The Educational DVD is available for pre-order here:
http://firstrunfeatures.com/brooklyncastle.html

Alexey W. Root was the 1989 U.S. Women’s Chess Champion and is a Woman International Master. She has a Ph.D. in education from UCLA. She is the author of five ABC-CLIO books on chess in education: 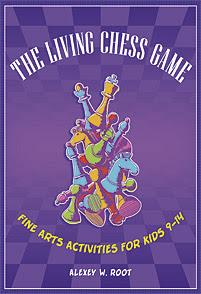 Dr. Root is a senior lecturer in the at The University of Texas at Dallas (UT Dallas). From 1999 to 2003, she served as associate director of the UT Dallas Chess Program, home to one of the top college chess teams in the world. Root currently teaches Chess Online courses for college credit via UT Dallas eLearning. She lives in . Contact Dr. Root at alexey.root@gmail.com.