News came early this week that supporters of Sarah Palin attempted to edit Wikipedia in order for its account of Paul Revere's famous ride to match Palin's version of the event. The incident provides yet another opportunity for educators and others to question the free online encyclopedia's status as the arbiter of all "facts."
Getting less attention than the kerfuffle over Palin's remarks and the Wikipedia "edit war" was the key primary source, an after-the-fact account by Revere himself of the stirring events of that April night in 1775:

I told (the British) …that I had alarmed the country all the way up, that their boats were caught aground, and I should have 500 men there soon. One of the (British) said they had 1500 coming; he seemed surprised and rode off into the road, and informed them who took me, they came down immediately on a full gallop. One of them… clapped his pistol to my head, and said he was going to ask me some questions, and if I did not tell the truth, he would blow my brains out.

The entire document—by the way—is featured in the ABC-CLIO online American History education solution. This database is enhanced and updated daily by a staff of three historian editors. It cannot have its "facts" changed or re-interpreted by political partisans to suit their agenda.
On the chance that the Revere-Palin-Wikipedia contretemps is yet another "teachable moment," we offer three possibilities:

For more on Palin, ABC-CLIO databases, and the Tea Party movements (original and modern), check out the links below!

Jacob H. Huebert
This objective, well-researched biography tells the story of the woman whose meteoric rise to the 2008 Republican vice presidential candidacy made history. 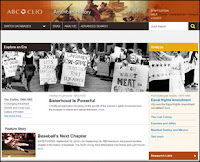 American History
From the explorers of the Americas to the issues of today's headlines, American History investigates the people, events, and stories of our nation's evolution.

The Tea Party Movement
Jacob H. Huebert
This thorough guide to the burgeoning Tea Party movement goes beyond the typical overheated political rhetoric to discuss where the party came from, what it's about, who's involved, and where it's headed. 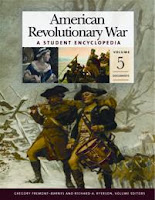 American Revolutionary War: A Student Encyclopedia
Gregory Fremont-Barnes and Richard A. Ryerson, Volume Editors
This work is the most authoritative and wide-ranging encyclopedia on the American Revolution ever created for a student audience.
From ABC-CLIO at 10:47 AM