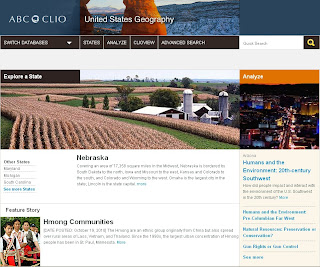 Welcome to Geography Awareness Week (November 14-20)! First established in November 1987 with federal legislation signed by then-President Ronald Reagan, Geography Awareness Week takes a different theme each year. The theme this year is "freshwater", and it's hard to think of a more timely topic or one that fits so well with geography awareness. The study of geography is divided into such areas as physical, cultural, political, and economic geography, and all are important in understanding the grave concerns over worldwide freshwater supplies and in helping to find solutions. Many scholars believe water will be the defining global crisis of the 21st century.
For most people living in the United States, water is simply there when we turn on the tap. Around the world, however, more than a billion people do not have access to clean drinking water, according to the World Water Council. Learning about water issues—from the unequal distribution of natural freshwater supplies to the complexities of economic, cultural, and political forces at play—necessarily acquaints us with the physical and human geography of the world we live in, and it's all well covered in ABC-CLIO's print and electronic resources.
We've put together a short self-quiz to test your freshwater knowledge. (The answers are at the bottom of this blog post.) Begin! 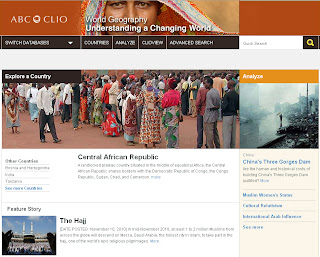 
ANSWERS:
1. Freshwater amounts to 3% of the world's total water supply; the rest is ocean water, which due to its high salinity is unfit for drinking, irrigation, or other human uses (in a few areas there are desalinization plants that remove the salt from seawater, but this method is too expensive for widespread use.)
2. Of the world's freshwater, about 2% is readily available for human use from rivers, streams, and lakes—called "surface water." About 68% of freshwater is frozen in glaciers and icecaps, and about 30% is under the ground—some of that accessible for human use, but involving the cost of drilling and pumping. In addition, this source is replenished very slowly.
3. Irrigation for agriculture takes up 70% of the freshwater humans use.
4. The landmark Clean Water Act was passed by the U.S. Congress on October 18, 1972. The act set national standards for water quality, provided a comprehensive federal policy to eradicate water pollution, and established the National Water Quality Commission to evaluate the development of water quality programs, among other provisions.
5. The Great Lakes (lakes Superior, Michigan, Huron, Erie, and Ontario) contain 21% of the world's freshwater.
6. The Bureau of Reclamation, part of the U.S. Department of Interior, has constructed dams, power plants, and canals in 17 western states to promote their settlement and economic development.
7. The average U.S. resident uses 1,500 gallons of water a day. However, this includes his or her pro-rated share of water used for irrigating crops and for manufacturing and energy production. For strictly personal and household use, the average U.S. resident uses 90 gallons a day.
8. The Amazon River in South America accounts for one-fifth of all the freshwater draining into the world's oceans.
9. A watershed, also called a drainage basin, is an area drained by a river and its tributaries.
From ABC-CLIO at 11:43 AM