Why Should I Watch "The Social Network"?

Well, the highly anticipated movie "The Social Network" finally hits theaters tomorrow (Friday). I admit that I could be classified as a Facebook junkie, but why should I watch this movie? Times are tough, and I have Netflix. In all honesty, I'm not going to spend money on any movie right now unless it's a really special occasion. So, let's just say that it's months down the road, the "The Social Network" is available on Netflix, and I'm updating my queue. Should I add it? Here are the thoughts running through my head:
"No, just because you use Facebook, doesn't mean a movie about it will be interesting."
"Well, it was directed by David Fincher."
"They basically show the whole plot in the preview, so why go sit through it for 2 hours?
"Well, it was directed by David Fincher."

Obviously, I have this re-occurring thought that I should give the movie a chance because it was directed by, you guessed it, David Fincher. He is a very talented filmmaker. Do you recall the chills you felt during  Se7en as Brad Pitt's character is on the phone yelling, "What's in the box?" What about the last scene in Fight Club where Ed Norton and Helena Bonham Carter are holding hands and looking out the window as buildings come crashing down, all while the Pixies', "Where is my Mind?" plays. I mean, wow! I also heard that David Fincher is directing the English remake of the Swedish hit, The Girl with the Dragon Tattoo. (Have you read that book yet? If not, you really need to.) 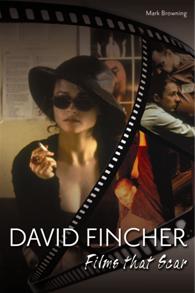 There is a growing critical consensus that David Fincher is one of the most talented filmmakers in contemporary Hollywood. He has reanimated the crime genre, created films that make audiences question the boundaries between art and reality, and challenged Hollywood's crushing commercial drive for narrative closure. What motivates this exceptionally talented stylist?

Film scholar Mark Browning offers the first detailed analysis of the work of David Fincher, director of the critically acclaimed films Se7en, Fight Club, and The Curious Case of Benjamin Button.
From ABC-CLIO at 7:00 AM