The historian may well be tempted to reflect on the American experience in Afghanistan and say out loud, ‘I told you so.’ As the American build-up there accelerated under the Obama administration, a public debate over how to avoid the ill fate of previous self-declared liberators of that area was largely muted if it occurred at all. Yet, historical analysis would have offered such a warning. Conquerors from Alexander the Great to the Soviet Union struggled to control this region. Such a historical pattern does not ensure a repetition of the past in the present, but some assessment of how those situations do or do not relate to the present may have favorably informed the American policy objective in Afghanistan. One should attempt to reach beyond merely assigning blame for this policy failure. The historical perspective suggested here would not have predicted the adverse results currently in Afghanistan. Instead, policy makers could have used this history to anticipate possible difficulties and weigh the value of continued intervention in Afghanistan. Should the necessity of intervention be justified, then the hardships now encountered would be worth the struggle.

This kind of historical reflection had been done by the US military in at least one respect. Once a greater commitment of US troops to Afghanistan came under consideration, senior commanders carefully analyzed the counterinsurgency (COIN) approach to be waged by this increased force. As a result, at least one historical misstep was avoided, and that was a reliance on conventional forces seeking a battlefield victory to end the insurgency. Rather, the US military prepared for a struggle with the security of the Afghan population foremost in mind, a focus it had applied in Iraq after much trial and error. A better COIN doctrine may now be exposed as inadequate in Afghanistan, but it was consciously attempted, allowing the US military to boast of having learned quickly from any missteps in Iraq.

This success separated the United States from other states that had enjoyed a marked military superiority over the enemy and relied almost exclusively on conventional military force to try and end an insurgency. This counterinsurgency approach inevitably failed, a failure all the more remarkable given that these states often had successfully conducted counterinsurgency operations in the past because they broke free of a reliance on conventional military force. This reality is the topic of my book, Contesting History: the Bush Counterinsurgency Legacy in Iraq (Praeger, 6/2010), a study that also makes it clear how the United States avoided this historical pitfall in Iraq.

Unfortunately, the region is still a spring board for terrorism exposing the policy designed to mitigate this threat as a failure no matter any tactical successes derived from a COIN doctrine centered on protecting the population. One reason why is that the US experience in Afghanistan has raised the question whether population centric operations at times require conventional military operation as well in order to protect that population. In turn, the issue becomes, can COIN succeed given this tension? The importance of this inquiry again highlights the value of historical perspective for the question immediately rises, is this tension unique to Afghanistan or has it been present in past conflicts? Any response to this point calls attention to the need for historical analysis to play a key role in shaping COIN doctrine. 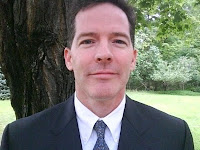 Matthew J. Flynn, Ph.D., is a specialist in comparative warfare of the United States and the world. Flynn taught history courses at Ohio University and San Diego State University before accepting a position at Arizona State University in 2005. He currently teaches in the international division of the History Department at the United States Military Academy, West Point. He has written extensively on international military history, including a study of preemptive warfare titled, First Strike: Preemptive War in Modern History (May 2008). His first book, China Contested (2006), looks at the permeability of the political borders that Western powers established in China from 1500 to the present.  Flynn is also co-authoring a volume that asks its American reader to weigh side-by-side the venerable George Washington and the unscrupulous Napoleon Bonaparte. The book, Washington and Napoleon, will be published by Potomac Books in mid-2010.
From ABC-CLIO at 11:45 AM